“The Court concludes that CIGNA has failed to prove that two-level ADR is an experimental procedure excluded from the Plan’s coverage.” – U.S. District Court Judge Dolly M. Gee on July 31, 2013

To confirm his diagnosis Dr. Rudin performed a discogram of Ms. Dubaich’s spine which clearly showed an annular tear at L5-S1. The discogram was consistent with an earlier MRI image which also indicated that pain was emanating from L5-S1.

Danica Dubaich was 44 years old when Dr. Rudin completed his diagnosis. Given her age and otherwise good health, Dr. Rudin thought Dubaich was a good candidate for a motion preserving implant—either Charité from DePuy or ProDisc-L from…well, DePuy/Synthes.

Of course, Dubaich’s insurer (CIGNA) rejected Dr. Rudin’s request for a pre-authorization of the motion preservation implant as being “not medically necessary.” Such rejections are so common that the appeal letters are now free on Internet gaming sites or the corner of 16th and Broadway from Nigerian street vendors. (That may be a slight exaggeration.)

CIGNA’s medical coverage policy document says that fusion is the reimbursable course of treatment for patients with Dubaich’s diagnosis.

But Dubaich did not want fusion. Neither did her doctor, Dr. Rudin.

So she fought back.

Here’s how Dubaich and her lawyers beat one of the largest insurance companies in America.

The Road to Justice Act I: DENY the Surgery

CIGNA’s Medical Coverage Policy states “CIGNA covers the surgical implantation of Charité or ProDisc-L…as medically necessary” when the medical criteria are met. In 2011, after exhausting all conservative treatment, Dr. Rudin submitted a pre-authorization for a two level ADR [artificial disc replacement] at L5-L5 and L5-S1.

Then CIGNA assigned a urologist to review Dubaich’s file. The good urologist then opined that the treatment should be denied as experimental.

“Based upon current available information, coverage cannot be approved because there is insufficient scientific evidence to demonstrate the safety and/or effectiveness of any of the following in treating degenerative disc disease:

Charité or ProDisc-L lumbosacral intervertebral disc prosthesis when any of the following apply:

CIGNA issued its Initial Case Resolution Letter on July 11, 2011. Importantly, that letter did not state the reason for the denial nor anything about absence of medical necessity or lack of FDA approval.

The Road to Justice ACT II:  DENY the Science

Two days after CIGNA’s rejection, Dr. Rudin appealed. He told CIGNA that he’d personally performed more than 200 disc replacements. He also cited several recent studies including the 2011 study by Delamarter et al., (The Journal of Bone and Joint Surgery). Here it is:

“The full title of this study is Prospective, Randomized, Multicenter Food and Drug Administration Investigational Device Exemption Study of the ProDisc-L Total Disc Replacement Compared with Circumferential Arthrodesis for the Treatment of Two-Level Lumbar Degenerative Disc Disease. The study compared the efficacy of ProDisc-L ADR with that of spinal fusion for ‘the treatment of degenerative disc disease at two contiguous vertebral levels from L3 to S1.’ Using ‘a composite regulatory FDA-guided end point consisting of ten criteria, ’ the study found that 58.8% of the two-level ADR patients ‘met all ten criteria and were considered a study success, ’ as compared to 47.8% of the spinal fusion patients. It found that ‘the mean improvement [in back pain, as measured by the Oswestry Disability Index (ODI)] from baseline was 52.4% in the [ADR] group compared with 40.9% in the [fusion] group.’ According to the study, its ‘results suggest that the ProDisc-L total disc replacement is an appropriate alternate treatment to lumbar arthrodesis in [the two-level degenerative disc disease] patient population.’”

Rudin also cited studies by Bertagnoli, Goldstein, Hannibal and others.

CIGNA kicked Rudin’s appeal to another physician, an orthopedic surgeon named Dr. Mino. He upheld the urologist’s decision adding that the quality and quantity of data in the current peer-reviewed scientific literature was inadequate to establish the clinical utility, safety and efficacy of the use of an intervertebral disk prosthesis in any of these clinical presentations.

Road to Justice ACT III: APPEAL to a Higher Authority

Rudin appealed again. This time CIGNA’s Benefit Appeals Committee responded saying that the matter had been previously reviewed and, relying solely on the urologist’s original evaluation while simultaneously ignoring Rudin’s studies, the committee ruled that ADR was experimental, investigational, etc. You know the drill.

So Danica Dubaich walked into the law offices of Russell Petti and Lisa Kantor and asked if they would help her appeal these CIGNA rulings in district court.

Fighting an insurer like CIGNA is expensive. If a patient can afford the litigation, they can afford the surgery—so no lawsuit. Petti and Kantor had to take the case on contingency. They get paid only if they win. At any point during the suit CIGNA can agree to reimburse, ending the suit, and Dubaich’s lawyers get nothing.

Petti and Kantor decided to represent Danica Dubaich anyway and filed a lawsuit against CIGNA saying that CIGNA was violating the Employee Retirement Income Security Act (ERISA) of 1974.

Under ERISA, workers who have insurance are covered for medical expenses which are determined to be medically necessary by the Plan Administrator (ERISA).

To be considered “medically necessary” under ERISA a treatment must:

The Plan excludes experimental and investigational treatments, listed under “General Medical Expenses Not Covered.”  The specific language is as follows:

Research, experimental, investigational and unproven procedures, supplies, drugs and devices (Federal Drug Administration [FDA] approval does not necessarily mean a procedure or supply has been removed from the experimental list), with the exception of pre-certified clinical trials.

The term “experimental” is defined as follows: Any medical procedure, equipment, treatment or course of treatment, or drugs or medicines that are:

Petti and Kantor filed the case in mid-2012 and over the course of the ensuing year fought it out. On July 31, 2013, United States District Court Judge Dolly M. Gee ruled.

“As a general matter, CIGNA has made no showing that multi-level ADR is experimental.”

“CIGNA has not met its burden to show that multi-level ADR lacks therapeutic benefit. The Delamarter Study found two-level ADR to have better reduced back pain than spinal fusion, and the Bertagnoli Study found that two-level ADR eliminated instances of severe back pain and improved ranges of motion.”

“CIGNA has not met its burden to show that multi-level ADR is restricted to use by medical facilities capable of carrying out scientific studies.”

With that, Judge Gee ruled that Danica Dubaich was entitled to coverage for a multi-level ADR.

She is now enjoying her two new Pro-Disc-Ls.

Having persevered in this landmark case, Dubaich’s lawyers are now preparing to challenge other cases of rejection of proper medical care by healthcare insurers including rulings based on Milliman guidelines. We look forward to reporting on more patient, physician and scientifically sound rulings.

Our staff can help you understand the process and help with getting forms completed, signed and submitted.

Despite extensive clinical data and other evidence of the general superiority of Artificial Disc Replacement (ADR) compared to spinal fusion in terms of patient outcomes, rates of re-surgery, and cost, US-based insurance providers continue to refuse pre-approval and reimbursements for Disc Replacement.

What can you do to insure Disc Replacement insurance coverage?

Before or after your surgery, objectively evaluate your case in terms of insurance coverage likelihood.
Before or after your surgery, conduct a thorough review of your insurance policy language, medical procedure codes, surgical reports, physician’s notes, previous denials, etc.
If you have already been denied coverage, we act as your advocate in confronting coverage denials with your insurer, including exposing errors, inconsistencies, and obsolete information in denial and policy language, and if necessary, you can initiate a bad faith litigation.
– For pre-operative patients, I can help obtain insurance pre-approval for ADR

The Spinal Kinetics M6 Cervical Disc Replacement offers a “Quality of Motion” that is not present in any other implant we have seen!.

The Spinal Kinetics M6 Lumbar Disc Replacement offers a “Quality of Motion” that is not present in any other implant we have seen! 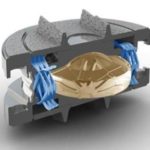 Many people ask what are the alternatives to spinal fusion surgery disc replacement options?

Include all the things that make your business unique and better than the competition. Do you have a patented 13-step process for taxidermy that results in the most lifelike stuffed owls? You gotta mention that.

Other good things to weave into this copy include: awards won, distinctions given, number of products sold, company philosophy (just keep it short), interesting company history bits, and anything that makes a reader think you’d be awesome to do business with. 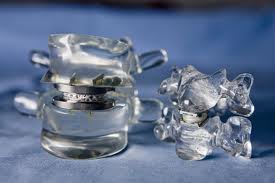 To contact us with your questions or begin your evaluation process
complete the online form and click “submit” your product catalog.